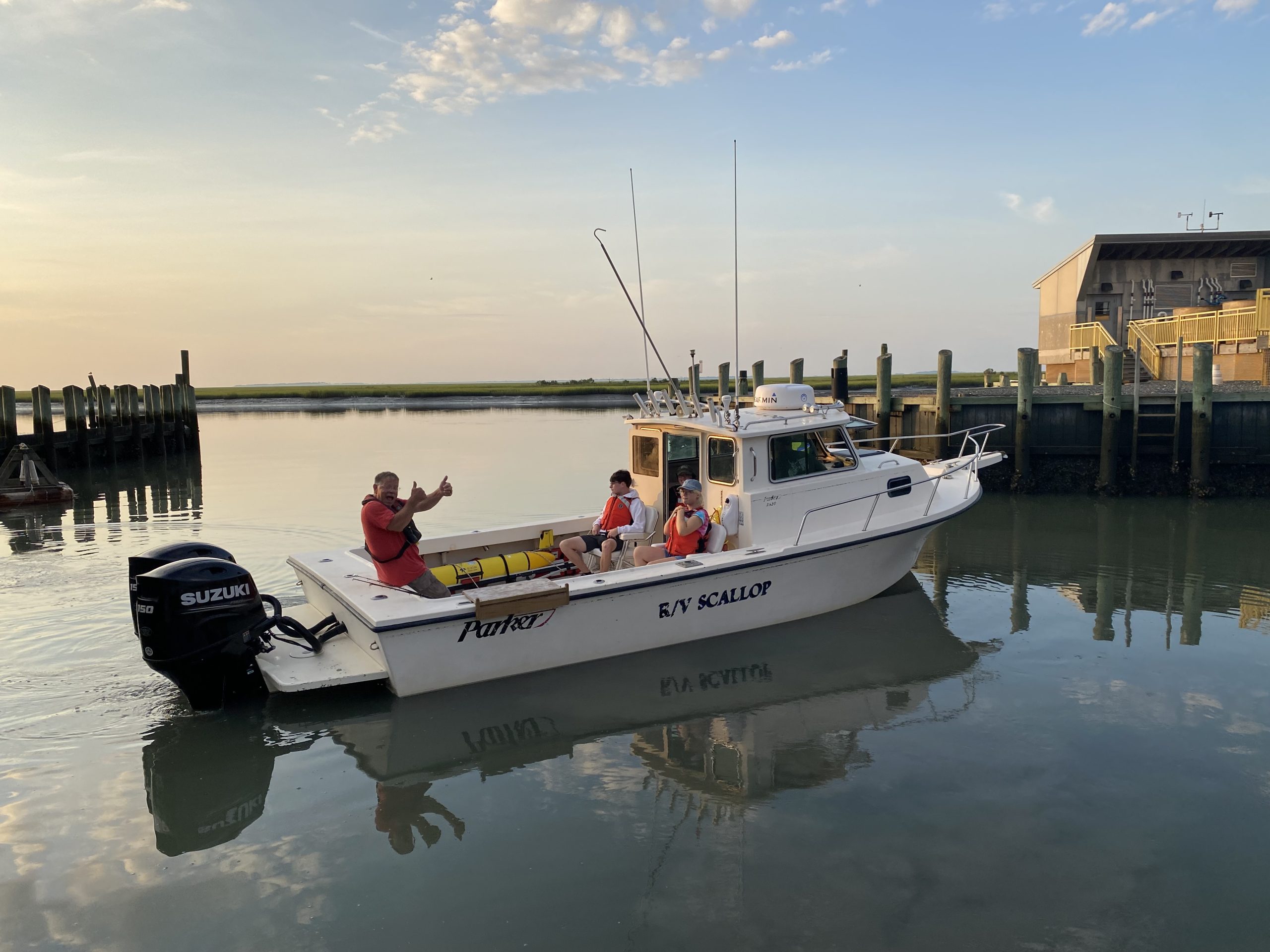 Navy Slocum Glider, NG734 was deployed off the coast of Virginia on August 2, 2022. Captain Sean Fate and mate, PG Ross of Virginia Institute of Marine Science’s Eastern Shore Laboratory (ESL) were joined by Athena Empson, Jack Slater, and Grace Kirkpatrick on the R/V Scallop for the deployment.  The glider team’s goal is for the glider to make a loop around the Mid-Atlantic Slope along the Gulf Stream to collect data. The Navy Glider will gather information about what is happening below the ocean surface and can help contribute to improving hurricane studies and forecasts.

Gliders gather measurements and transmit data to the U.S. IOOS Glider DAC and MARACOOS OceansMap where they are publicly available. From the DAC they are uploaded to the Global Telecommunications System, and made available to forecasting models like those used by the National Weather Service. Gliders provide data such as water temperature and salinity, which may either hinder or enhance the strength of a tropical storm. Continued improvements to storm forecasts provide necessary information for government officials to make informed decisions and safety precautions, which can save lives and reduce potential damage. This Navy Glider is part of a collaborative partnership of NOAA, the US Navy, US IOOS (including MARACOOS), and other academic partners.